Posted on November 11, 2015 by Film Geeky Leave a comment

There’s something about this film that reminds me of a once great heavyweight boxer stepping back into the ring, far after his time is done.  Motivated by a combination of money and having ‘one last good fight’ in him, watching the event is just not a great thing. Sure it’s nice to see them again and they try some of their moves that once made them who they were.

But ultimately, after all of the fireworks and build up, you’re left thinking that they just shouldn’t have bothered.

Its a nice idea. The return of Arnie, the great casting of Emilia Clarke who has a look of Linda Hamilton, and moments that work hard to weave this latest film into the original classics. 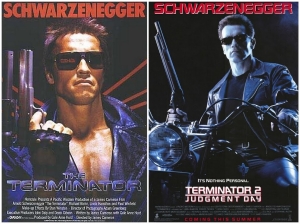 But the problem is the the first (1984 Terminator) and second (Terminator 2 : Judgement Day) were both nice and easy to follow.

Good guys are there, thats the bad guy. The bad guy is trying to kill the good guys.

Through trying to weave into the earlier film plots, we’re now told about things like time ‘nexus points’ and there is the air of that Austin Powers moment with Basil Exposition where we’re told ‘I suggest that you don’t worry about this sort of thing and just have fun with it’ when asked about how all of the time travel points hang together. 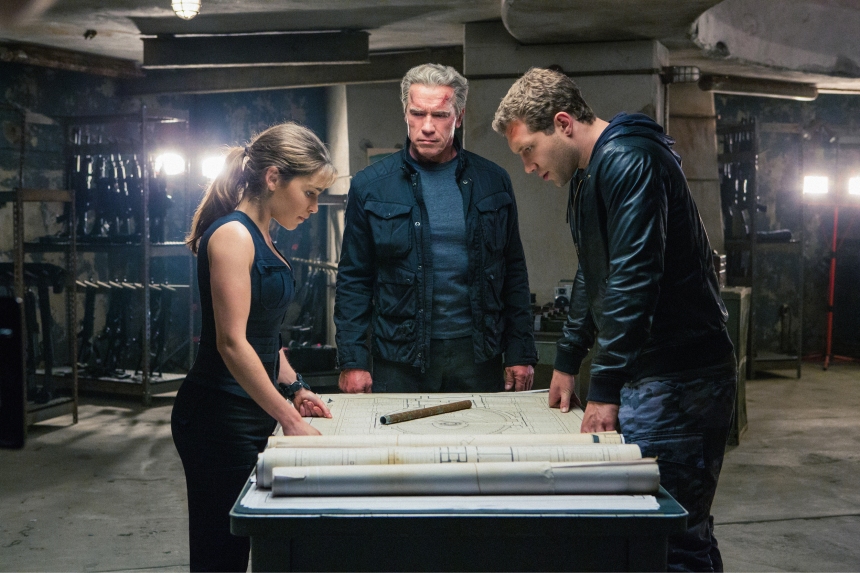 Its all starting to get a bit confusing…

The reality is that the film loses itself in between trying to paint an homage to its predecessors by weaving itself into references to them, and by trying to create a credible explanation of how it can do this that ultimately it achieves neither.

But in this era of action/superhero franchises, although it misses the mark so often, what really worries me is the suspicion that they’ll be planning more of them. I haven’t looked up ‘Terminator Genisys Sequel’ because I daren’t, but my suspicion is that someone out there has a set of films lined up. Is there anything more out of kilter to those great original action movies than this now conveyor belt of ‘phased franchises’?

Maybe its coincidence because I actually only saw Jurassic World 3 days ago (a franchise in seemingly a very similar position) and can’t help but think that Jeff Goldblum’s line about the scientists recreating the dinosaurs begins to apply to the people now converting these classic films into further franchises, ‘they were so preoccupied with whether or not they could that they didn’t stop to think if they should’.