Posted on January 7, 2016 by Film Geeky Leave a comment

Foxcatcher is a 2014 film that recounts the true story of wrestling brothers Dave and Mark Schultz and their involvement with John DuPont (of the wealthy American family DuPont).

Having both taken a gold medal from the 1984 Los Angeles olympics in different weight categories within the field of Wrestling, both brothers went on to join du Pont’s ‘Foxcatcher’ wrestling academy.

The dark tale is one beautifully acted by the three lead actors, each bringing real depth to their respective roles and working off each other to create a sense of tension throughout this film.

Both Carrell and Ruffalo earned oscar nominations for their roles, but Carrell unsurprisingly drew my attention given this being such a departure from his traditional roles. He’s well hidden under the make up and prosthetics, but over time this role may well be viewed as the one that allowed him to shift into a different gear as an actor. 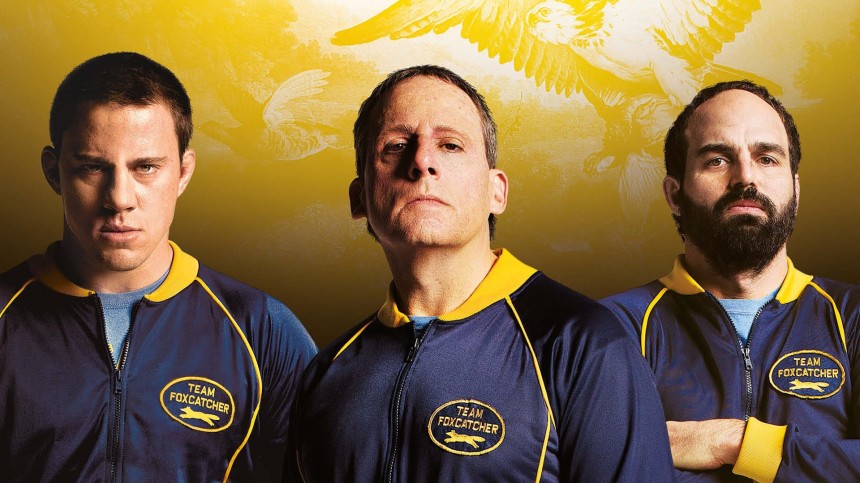 Tatum also delivers through the film with his character being the bridge between the grounded family man of Dave, and the eccentric, withdrawn du Pont.  The younger brother being driven towards the multi millionaire as he tries to build something outside of the shadow of his elder sibling.

Throughout the film there is an unsettling feeling and even being aware of how the real story played out, the film is filled with dramatic moments even with the sense of the inevitable (as I knew the outcome of the real characters).