In the film happily married architect, Evan Webber (Keanu Reeves) is left at home by his wife and children.During the evening, 2 young girls arrive at his front door lost and asking for help to call a cab. From letting them into his house, his evening goes south and he finds himself in a ‘fatal-attraction’esque game of cat and mouse. 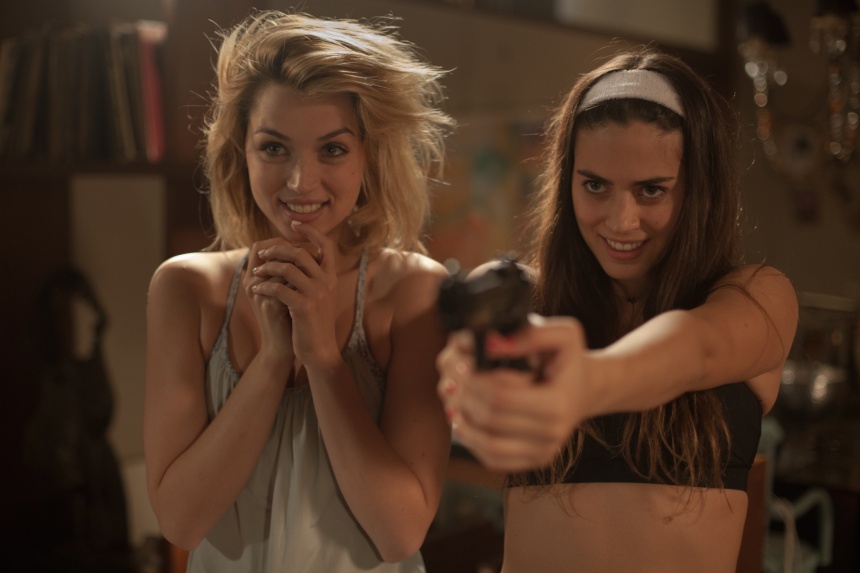 To be blunt, this film felt like a not very good version of the 2005 film ‘Hard Candy’.  I’ve seen comments that it’s terrible and should never have been made. I don’t subscribe to that level of dislike, but I just didn’t think much of it.

It’s just a bit silly really. It lacks the grounded scenario of ‘Fatal Attraction’, and the tension of ‘Hard Candy’ and the result is a film that I didn’t take very seriously.

To be honest as well, I also couldn’t shake the idea that, if it was me, I probably wouldn’t have left the wine and records that he was listening to at the start of the film, to go and answer the door in the first place.

Knock Knock is out to rent and buy now.