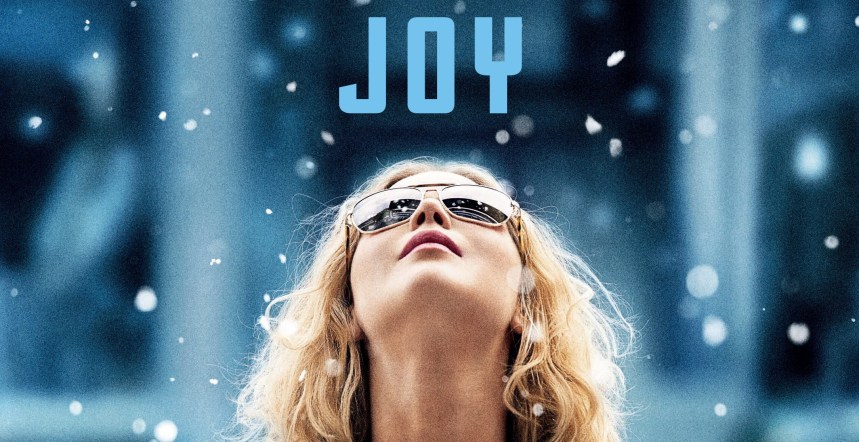 Out in cinemas now, ‘Joy’ sees David O’Russell reunited with a number of cast members that he has worked with before, to tell the story of Joy Margano, the inventor of the Magic Mop.

Joy, played by Jennifer Lawrence (or J-Law to the paparazzo), sees the telling of a true story of Margano on her rags to riches story, in a similar style of comedy drama that both American Hustle and Silver Linings playbook operated with.

The story begins in the late 1980’s with Margano running an almost sitcom homelife with her 2 children, grandmother, divorced mother and father, and her own divorced husband all living in the same house.

At this point its been 17 years since her parents divorced and Joy, a keen creator and inventor as a child, has drifted since then in her life now working on a desk for Eastern Airlines. Her now divorced husband is a night-time singer and she spends the majority of her life running from problem to problem fixing everything, including the plumbing.

There’s a quote early in the film that ‘The thing with hiding is that you also hide from yourself’, which serves as a moment  where we being to see Joy attempting to break out of the life that she currently has, and seek out more.

Dreams of making it big with her ideas, combined with her grandmother Mimi’s unflappable belief that Joy will ultimately become a strong successful matriarch being to motivate her more and more as she sets down a journey of invention, pride swallowing, and relentless struggle to make it in the business world.

Beyond Lawrence, De Niro also returns to work with O’Russell playing her father and we also see Bradley Cooper returning to work with the group as en executive for a shopping channel. The film also features a supporting performance by Isabella Rossellini.

The film ultimately is a huge vehicle for Lawrence who dominates the film and is superb throughout. Her work with O’Russell has been hugely successful for her and I doubt that this is the last time that they’ll work together.

There’s a real theme through the film about the danger of potential being sidelined as life happens around you and this is an inspirational story of someone who really would not be stopped by any of the challenges that she was faced with.

It wasn’t a story that I was at all familiar with and it has more of a rollercoaster to it than in honesty I was expecting. I doubt it will lead to an oscar for Lawrence and her performance is the stand out element of the film, however it was certainly thoroughly enjoyable.