“You’re going to be the Eleventh Commandment: ‘Thou shalt not get away with it.”

There was a time when dinosaurs roamed the Earth. There was another time, when a different type of lethal animal roamed this planet leaving nothing standing in its wake. These were the 80’s action heroes.

Not like the CGI riddled super heroes that we have today, these guys didn’t have special powers. They weren’t mutants, or genius inventors, or billionaire orphans or from a different planet. These guys were just tough, they could fight, they were mainly American (or Austrian…), they weren’t big on emotional arcs, and they were going to get the job done.

Bursting out of this genre, in 1985 was Remo Williams : The Adventure Begins (or Remo Willliams : Unarmed and Dangerous).  The film was directed by Guy Hamilton (most famous for Bond films such as ‘Goldfinger’, ‘Live and Let Die’, and ‘The Man with the Golden Gun’) and based on a series of novels called ‘The Destroyer’. 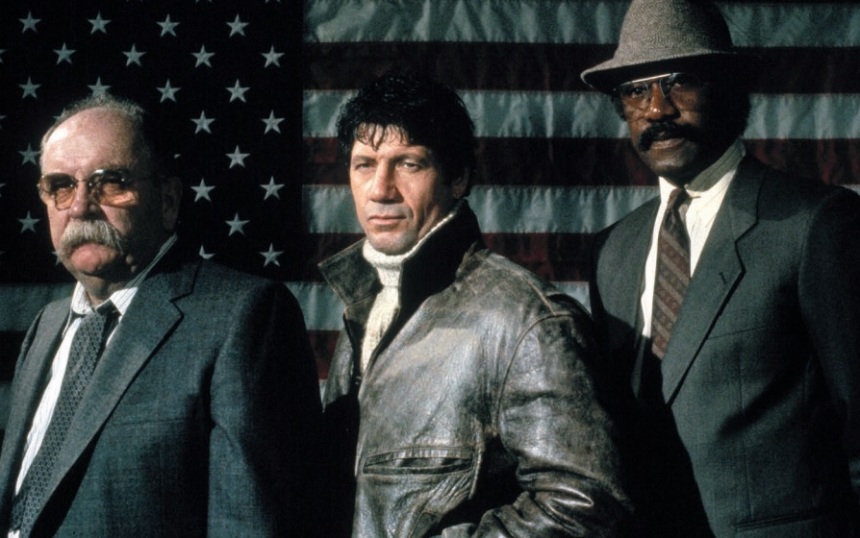 In the film, we meet NYPD cop Sam Makin (Fred Ward) who after being called to deal with a fight, finds himself dumped into the river in his car, only to wake having had plastic surgery, and recruited into an ‘off books’ organisation called CURE as an assassin. His previous identity is dead and buried, and he is given a new name (from the base of a toilet pan) – Remo Williams.

As part of his training, the he goes to live with a Korean named ‘Chiun’ who teaches Remo the mystical martial art of  ‘Sinanju’.  Remo moves into an apartment with Chiun and as he trains Remo to dodge bullets, leap into piles of sand and lose any fear of heights, the two take on a relationship reminiscent of the ‘Odd Couple’ with Remo as a wise cracking , fast food eating apprentice to Chiun’s wise, occasionally mocking, mentor.

Chuin is played by Joel Grey, who was nominated for a Golden Globe for his supporting role, through his delivery of the Korean master under heavy makeup.  Carl Fullerton was actually Oscar nominated for his makeup work in the film but would go onto lose to Michael Westmore for ‘Mask’. 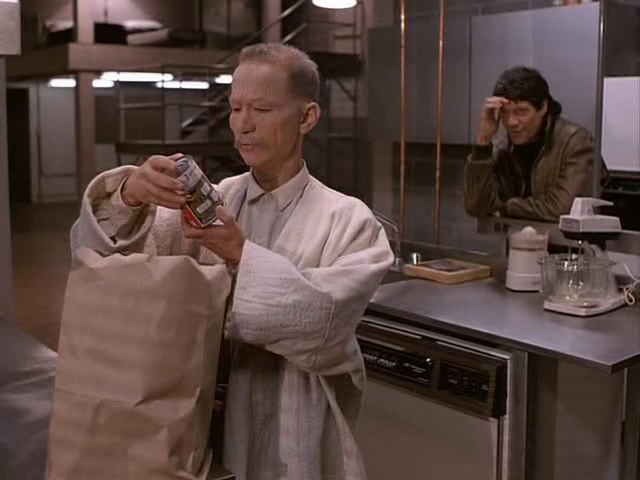 The film almost cleanly splits into 2 halves with the first half being this ‘becoming Remo’ story line which involves a large set piece at the Statue of Liberty, which at the time had been surrounded by scaffolding as part of maintenance work.  As Remo comes towards the end of his training, albeit far earlier than Chiun would like, we begin to see his first mission unfurl which sees him taking on a unscrupulous weapons manufacturer

I believe that a reboot has been considered in recent years and as I watched the film again recently, its easy to see why.  Its got humour, action and the potential for a conveyor belt of villains for Remo and Chiun to deal with. It could actually be more suited to a TV series. (maybe with Ward cast as a more senior member of CURE)

I originally saw this film in the late 80’s and for me its always been a favourite in the genre due to the balance of humour and action that it sustains through the film. If you haven’t seen it, and can judge it in the context of the era (rather than looking for a modern day action flick with CGI and explosions aplenty) then its an enjoyable choice.