Posted on February 10, 2016 by Film Geeky Leave a comment 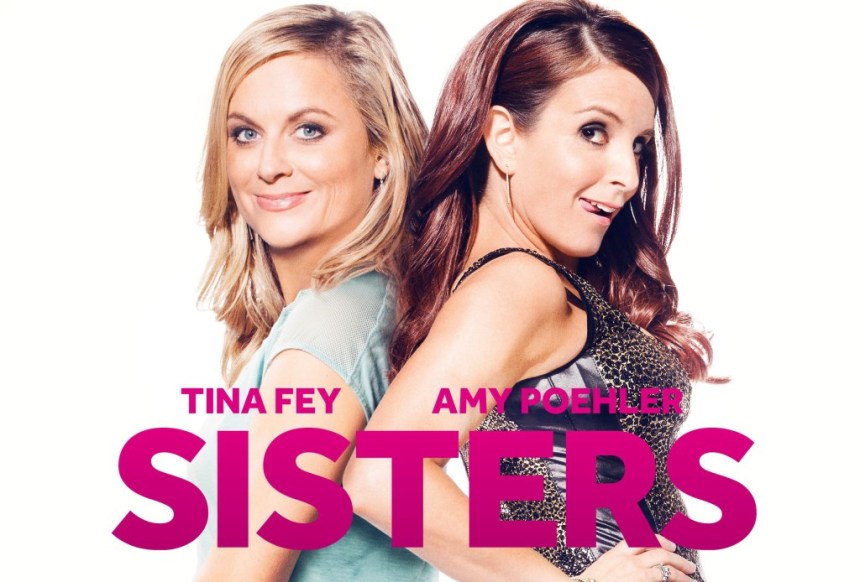 The sisters in question here are Maura and Kate Ellis, raised in Orlando and now attempting to live adult lives. Maura (Amy Poehler) is a divorcee, do-gooder nurse who spends time helping the homeless, rescuing animals and penning motivational, quotes. Her older sister, Kate (Tina Fey) is the hot headed, reckless older sister who is a beautician with a daughter in college and is rapidly facing eviction.

Upon finding that their parents are planning to sell their family home, they return to clear out their things, that quickly morphs into having one last party at ‘Ellis Island’. A chance to say goodbye to the home, and an opportunity for Maura to let her ‘Freak Flag Fly’.

And so the film sets off with its chaotic party planning, refreshed conflicts from teenage years and a party full of child free parents letting loose ‘like the good old days’.

The film features a number of US comedy names including Maya Rudolph, Bobby Moynihan, and Samantha Bee, and also features James Brolin as the girls’ father.  It was written by Paula Pell and is her first full length film screenplay having previously worked on both SNL and 30 Rock. It’s also directed by Jason Moore from Pitch Perfect.

Poehler and Fey are clearly good friends in real life and their chemistry stands out through the film. It’s at its best in the middle act – once its beyond the exaggerated personalities that it starts with and lets them get their party on, but before it begins to drift later into a form of an ‘American Pie’ movie.

I can’t help but think that whilst the film has a good run of solid laughs through it, it was more fun to make than to watch.