So, I write this over a week after the news broke that Prince Rogers Nelson passed away at the  age of 57.

Whenever I say that I’m a big film fan, there is a small percentage of people that will ask me one of two questions. Either what I think is ‘the best film ever made’, or worse, what ‘my favourite film’ is.

The reality is that neither question can be credibly answered with a single film, nor in a short space of time. Much like the question of ‘Who was the best James Bond?’*, it tends to provoke the start of a rant more than a simple answer, and I tend to answer each of the best/favourite film questions with a stream of film titles rather than a single answer.

For ‘favourite film’, there are a few films that have routinely been thrown out when I try and clumsily answer the question. One is always The Godfather. One is always Fletch.

And one is ALWAYS Purple Rain.

Im not saying that the film is perfect. But I will say the following statements and I mean every one of them;

I’ve loved the film Purple Rain for about 25 years since I remember first seeing it. It actually pushed me to the music of Prince rather than the other way around. 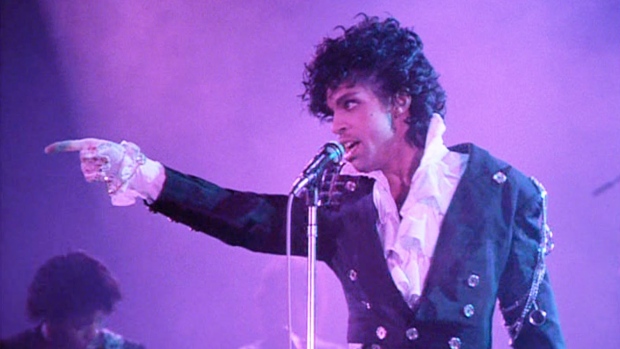 From start to end, the film is stacked full of incredible music supporting the overall plot lines. For what Prince lacks as an actor, he makes up for as an on stage performer in the film. The Time offer a perfect boxing ring opponent for the stage of First Avenue.

The film shows Prince’s character, The Kid, struggling with relationships on all sides. From bandmates, to girlfriend to his own family, it is all captured on the screen building towards the climax. It captures a real sense of a young man desperately fighting the seeming inevitability  of becoming his father.

I saw Prince perform live 2 years ago for the first, and only, time. The two things that I will tell you about that night is that Prince was so good live, he made me think I could dance. And I most certainly cannot dance.

Secondly, and unsurprisingly, I cried through Purple Rain.

Prince’s major art form may not have been cinema. But even to that medium, he made a contribution.

For music, his contribution will last forever.

Goodbye Prince, and thank you for what you gave to us.

*By the way – Can you imagine if Prince had done a Bond theme?!