Produced by Steven Spielberg and directed by Richard Donner, with a screenplay by Christopher Columbus (who would go on to direct the first two Harry Potter films), this is a wonderful mix of romance, action, adventure and comedy that is near impossible to dislike and warrants a ‘classic’ rating even if it is not a perfect film when objectively assessed.

Featuring a group of young teens, (namely Sean Astin, Josh Brolin, Corey Feldman, Ke Huy Quan, Martha Plimton, Jeff Cohen and Kerry Green), known to themselves as ‘The Goonies’ our team of misfit heroes set off on an adventure to find the lost treasure of 17th century pirate ‘One Eyed Willy’. Partly motivated by a traditional sense of adventure, and partly with the desire to prevent the loss of their home to property developers.

Through their adventure, they are also being chased by a criminal family known as the ‘Fratellis’ (featuring further classic 80’s actors Robert Davi, Anne Ramsey and Joe Pantoliano), who are on the run since a recent prison break.

Nowadays the film whisks you away to a different time. There is a moment early in the film, where Corey Feldman holds a can of Pepsi (the old style can), wearing a Prince t-shirt for Purple Rain. It really is hard to come up with more of an 80’s movie shot than that. 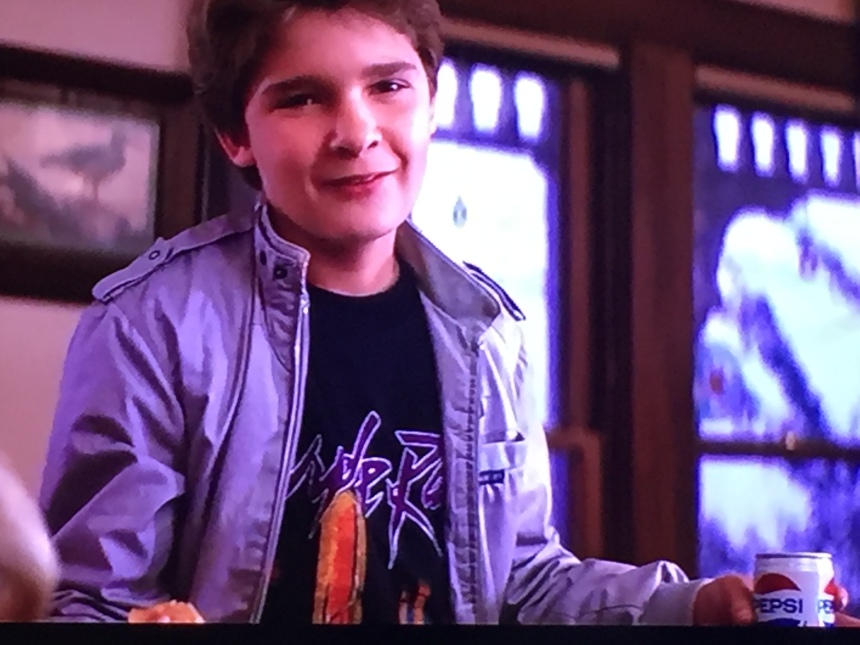 The recent Stranger Things was an homage to a number of different films and genres, but the relationship between this film and that series (which is highly recommended if you haven’t seen it) is very clear.

In writing this film, Columbus had already delivered Gremlins, and was only years away from directing Home Alone. In an odd way, this film does kind of sit between the two nicely.

However it is Spielberg who’s influence is hugely felt through the film. He had written the story that Columbus developed into a screenplay, and having already delivered ET, the film does feel like a combination of this and Raiders of the Lost Ark.

The young actors would head off in different directions, Astin would end up in Middle Earth, Plimpton in a number of later films, Brolin in all manner of films, and Feldman would go onto face a number of personal demons in his own life.

There have now been 30 years of sequel rumours, sadly (or I suppose thankfully) one has never materialised.