Review – The Girl on the Train 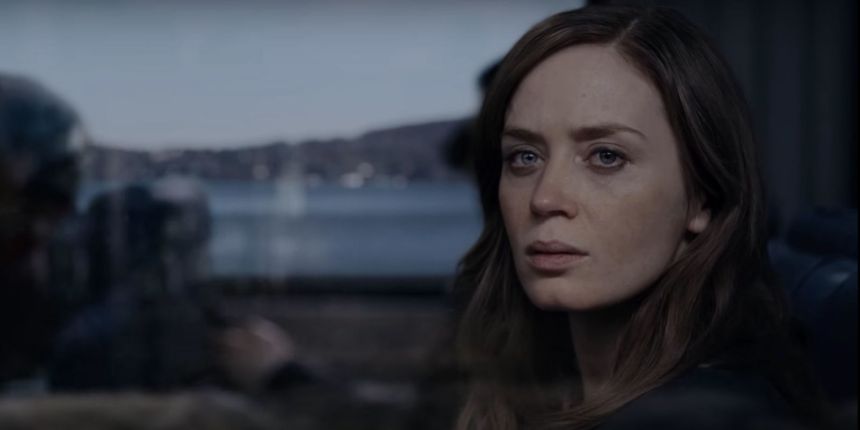 Based on the 2015 novel of the same name by Paula Hawkins, our latest review is of Girl on the Train, a psychological drama directed by Tate Taylor with Emily Blunt in the lead role.  Taylor’s best known previous work was the 2011 The Help and the 2014 Get on Up.

Blunt plays Rachel, a single divorcee whose marriage fell apart years earlier with the development of an alcohol problem that is now full blown alcoholism. Her daily commutes into the city, sees her train journey past her former marital home, still occupied by her ex-husband Tom (Justin Theroux) and his present wife Anna (Rebecca Ferguson) and their young daughter.

As she looks out on the houses on her daily journey, Rachel has fallen into a near fixation with viewing their lives as the train passes, but also those of their near neighbours a few doors down. These are Meghan (Haley Bennett) who lives with her husband Simon (Luke Evans) and of whom monitoring on her daily journey, is becoming a point of near obsession for Rachel.

As the story begins, we see Rachel’s drink problem continuing to the point where one day, as a mystery begins, she may well have been witness to a crime that she cannot remember a thing of…

I read this book in the summer of 2015 and loved it.Part of the beauty of the book is the way in which Rachel’s own memory, through the extent of her drinking, is effectively creating part of the mystery. The challenge for any adaptation was always going to be to capture the psychological drama and tension that plays out as Rachel struggle with her own lack of memories.

The film may not capture all of this, and works hard to sustain all of the overall threads to the story whilst allowing the haze of Rachels memories to play out.

The highlight of the film by a huge margin is the performance by Emily Blunt as the spiralling lead character.  It is a powerful performance that moves between moments of drunken rage through to emotional torment. It may well be the best performance of her career so far.

With adaptations of books into films, the most common phrase I think I’ve ever heard is the ‘its not as good as the book though’. Its a common line and its roots may well lie just in the nature of a novel vs a film and whether once you’ve read a book and allowed to characters to take shape in your head, whether any film can really come up to that in comparison.

With this, once again, its not as good as the book but its hard to come up with too many things it could have done to be a better attempt at the adaptation. It’s worth a watch, and most certainly if you haven’t see the film, with it being in a very similar vein to Gone Girl but not to the same standard.