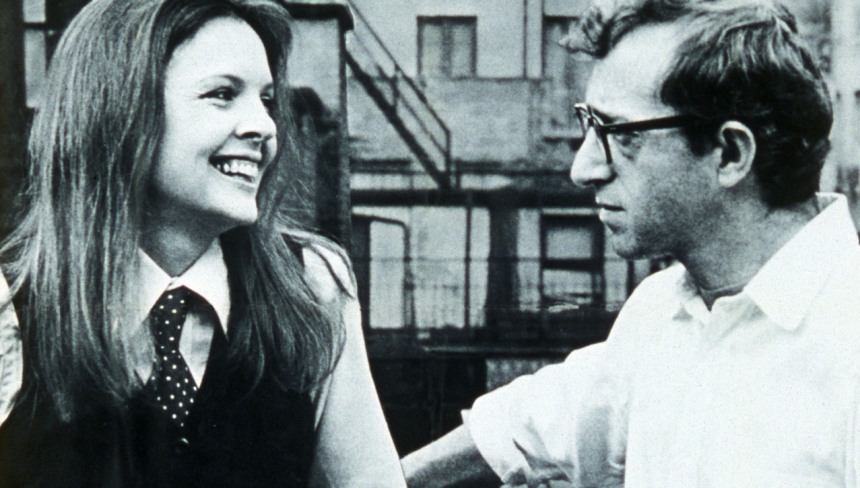 We’re off with the 2nd Alphabet challenge and we begin with the Woody Allen classic romantic comedy from  1977 – ‘Annie Hall’.

Directed and written by Allen (co-written by Marshall Brickman) the film centres on his character of Alvy Singer – a stand up coming that has begun to make a name for himself with some TV performances in New York.

The film is the perfect tale that includes the classic ‘neurotic’ character that Allen is so famous for and this may well be the peak of his work. The film is laid out in such a way that he moves from comedic set piece to set piece, of which the queue for the cinema was my favourite.

The film tells the tale of Alvy (from his childhood to his current position) and Annie (played by Diane Keaton) and cuts through various stages of their relationship. Keaton is masterful as the quirky singer, and would go on to win the Best Actress Oscar for her performance.

There is also a cameo from a very young looking Christopher Walken, who only a year later would be starring in The Deer Hunter.

The film was a huge critical success and would go on to win a number of oscars, including Keaton’s, the Best Director award for Allen and also Best Picture. It is charming, clever and funny, although hard to now see it as most deserving of Best Picture than Star Wars.