Review – In the Heat of the Night 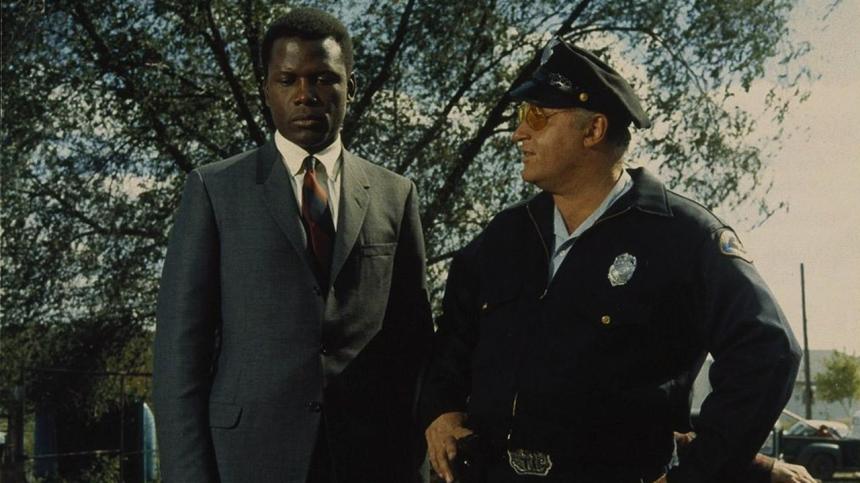 For the ‘I’ film, we turn to the crime thriller with strong civli rights themes, the 1967 In the Heat of the Night directed by Normal Jewison and is based on the novel of the sane name by John Ball.

The film is set in the town of Sparta in Mississippi, USA,  following the murder of prominent local businessman Phillip Colbert. A black man, (Poitier), picked up at the local train station and initially held as a suspect, reveals his identity as a talented member of the FBI, and somewhat reluctantly begins the assist the local police with their investigation.

But, that of course isn’t the story of the film. The real story of the film is heavily weighted towards the relationships between the members of the police and Poitier’s Clarence Tibbs, that are so weighted in racism.

The film reeks of the racism of the era, and uses the story of the murder as the medium in which it challenges it. Police chief Bill Gillespie, played by the remarkable Rod Steiger, faces the dual challenges of his own prejudices, combined with his need to solve the crime.

Its an incredibly powerful film in its bold portrayal of the attitudes of the locals to the young black agent from Philadelphia.  It would go on to win 5 academy awards including Best Picture, Best Actor (Steiger), Best Editing, Best Sound and Best Adapted Screenplay. It remains a hugely important moment in cinema.