Review – No Man of Her Own

Posted on February 15, 2017 by Film Geeky Leave a comment 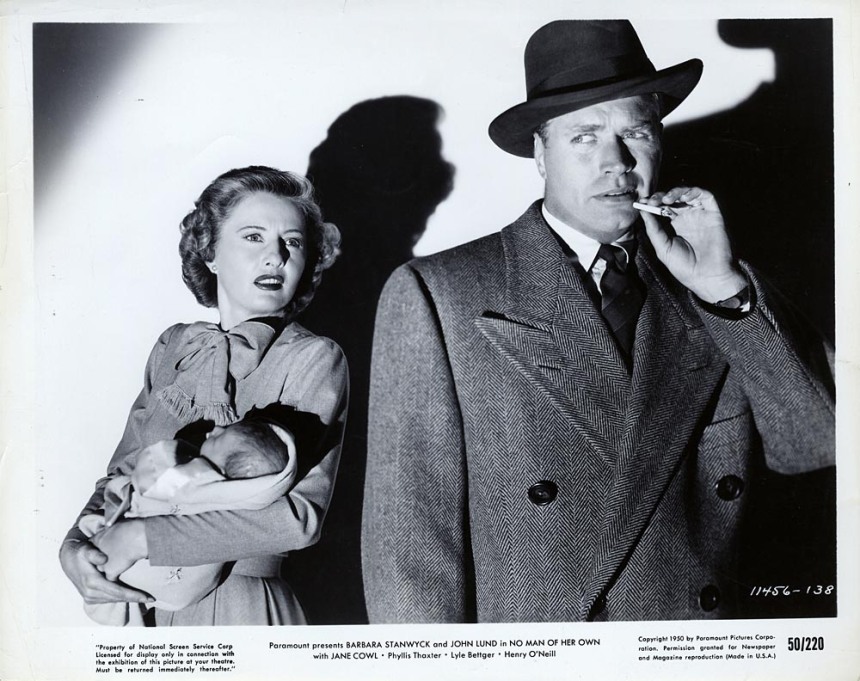 N in the Alphabet Challenge, is No Man of Her Own, the 1950’s film noir drama starring Barbara Stanwyck in the main role and was directed by Mitchell Leisen. The film is based on the novel ‘I married a dead man’ by Cornell Woolrich.

The film sees Stanwyck as Helen Ferguson, a pregnant lady disowned by the baby’s father Stephen Morley (played by Lyle Bettger). In an attempt to rid himself of her pleas for support, Morley gives her a train ticket to San Francisco and a small amount of cash.

Ferguson accepts the ticket and whilst on the train, is involved in a huge train wreck that leaves a number of people dead, including a pregnant woman Patrice Harkenss, and her wealthy husband Hugh. The Harkness’ are travelling to meet Hugh’s family, who have never met Patrice… (see where this is going?)

Upon her waking after the accident, Ferguson is mistaken for Patrice Harkness and welcomed into the Harkness family by Hugh’s parents, and his brother Bill (John Lund). However, whilst the life afforded to Ferguson may be a completely new lifestyle to her past, her past may not be fully done with her…

This film is a decent enough old fashioned film noir, Stanwyck excels as the conflicted Ferguson and its a solid example of a genre that is one of my very favourites in all of cinema.