Posted on February 24, 2017 by Film Geeky Leave a comment 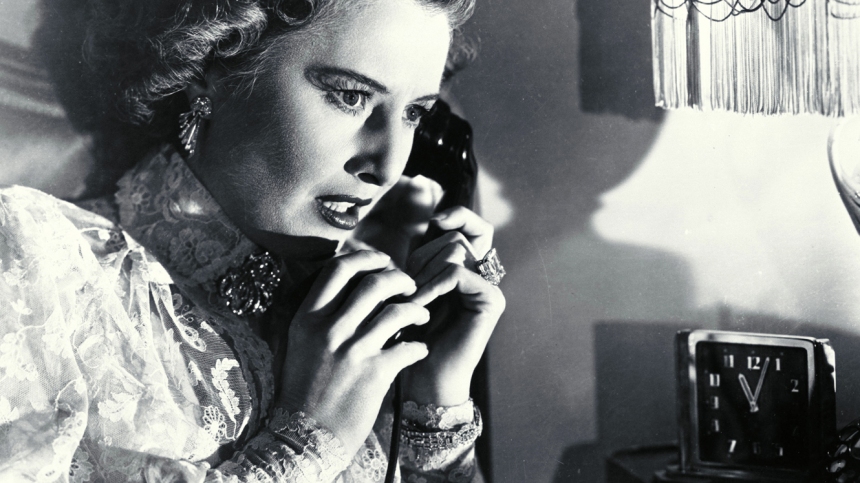 Barbara Stanwyck is back for her second appearance in this year’s Alphabet challenge in the dark film noir thriller from 1948 – Sorry, Wrong Number.

The film begins with a crossed wire phone call between a bedridden Leona Stevenson (Stanwyck) who through this overhears two men seemingly planning a murder.

With a start that is straight out of the gates the film then delves into back story of Stevenson and her now husband Henry (Burt Lancaster), her father James Cotterill and a number of acquaintances.

The film plays out based in a structure of flashbacks following the history of Stevenson, whilst she desperately tries to find a way to share the information that she overheard about the upcoming crime.

The film is a hell of a thriller for its era and darker than I expected. It twists and turns throughout and Stanwyck eats up the role in the film noir thriller. If you’re a fan of the genre and haven’t seen it, its worth a watch.