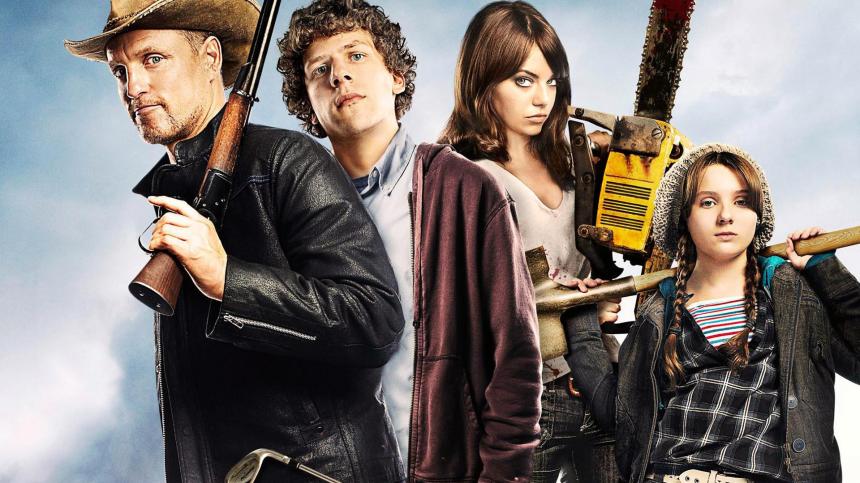 Well we’ve made it to the end of this year’s alphabet challenge, and also seemingly close to the end of humanity with Zombieland.

Directed by Ruben Fleischer and written by the pair of Rhett Reese and Paul Wernick, the film is set after a zombie disease has wiped out the majority of mankind leaving only a few humans alive and fighting to remain so.

In the lead role is Jesse Eisenberg, known only as Columbus (given that is his hometown) and we follow him as he truest stay alive using a number of rules that have helped him so far.

On his journey he meets Tallahassee (Woody Harrelson), and then the sisters of Wichita and Little Rock (Emma Stone and Abigail Breslin) all are in similarly desperate situations.

The film is a part of the tricky action / comedy / horror genre but actually is a really funny, character led story set against a gory backdrop. Certainly the first part of the film seems to be more reliant on some fairly gory moments which seem to fall away later on (or maybe I just got more used to it).

Its a cool, funny film and worth a watch if you are ok with the more gory style of films. Certainly worth watching for a celebrity cameo that is absolutely hilarious.