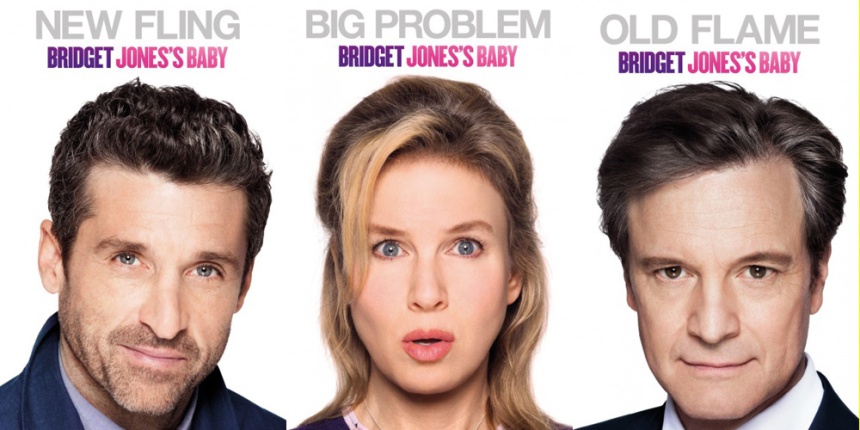 Bridget Jones is back, 12 years since Bridget Jones : The Edge of Reason saw Rennee Zellweger star as the London based news reporter struggling to hold onto love.

The film sees the return of director Sharon Maguire to the helm, having directed the original, before Beeban Kidron directed the second film in the series. Based on the character created by Helen Fielding, the film is based the screenplay Fielding, Dan Mazer and Emma Thompson (who also features in the film as Jones’ doctor).

The film seems Jones struggling with the fact that she had recently turned 43, and remains single. As part of coping, her co worker Miranda (Sarah Solemani) takes her to a music festival, where she has a brief encounter with Jack Qwant (Patrick Dempsey) a dating specialist that believes he has developed an algorithm for love. Meanwhile, following a christening she also spends an evening with former love Mark Darcy QC (Colin Firth).

As a result of one of these two encounters, Jones discovers that she is pregnant and the film sees her attempting to balance the two men whilst not knowing which is the father of her baby.

In reality this film uses the pregnancy as the means to which re-introduce the hugely popular character of Bridget Jones to audiences, with the traditional conflict between two interests.  The traditional chaos follows her through the film with her attempts to succeed in her media job, and additionally her mother running for a local council position.

The film is an enjoyable return of the character and Zellweger continues to have the role down to a fine art. Its not overly memorable, but makes for a pleasant enough watch and has enough of the traditional ‘Jones’ moments to sit well in the series.