Miss Sloane is a 2016 political thriller set in the increasingly murky world of business interest lobbying of politicians and governments. Starring Jessica Chastain as the title character within the film, it is directed by John Madden (Shakespeare in Love, Best Exotic Marigold Hotel, Captain Correlli’s Mandolin) and is the screenplay debut by Jonathon Perera.

As Sloane introduces us all to the world of lobbying; Lobbying is about foresight… about anticipating your opponents moves. And devicing counter measures.

Miss Sloane, full name Elizabeth Sloane, is a political lobbyist for a high powered, Washington based company and has made a name for herself as a someone who can get results. She is effectively a cold, workaholic, insomniac who is capable of leaving a trail of disaster if required in order to make sure that she wins. 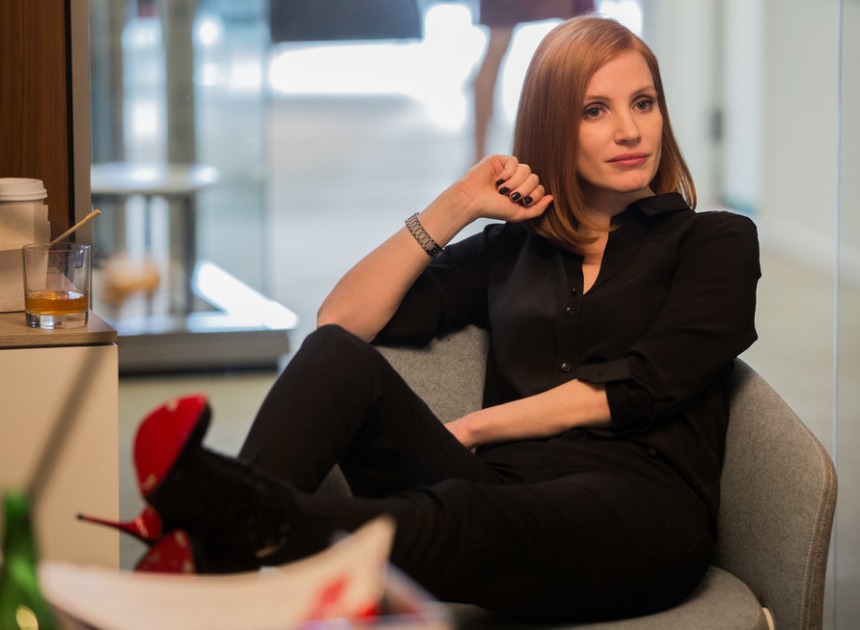 She’s currently working on a campaign in support of the Indonesian Government and their exports of palm oil known as the Nutella campaign (because Americans are apparently more interested in Nutella than Soap), when she is approached by Rodolfo Schmidt (Mark Strong) with an offer to join his organisation.

The offer, is to take on the all powerful gun lobby, in support of an upcoming act which will require increased regulation for gun ownership.

In accepting the offer, Sloane finds herself facing her former colleagues who are out to destroy her chances and in a lobbying game of chess with twists and turns throughout.

It’s a hugely interesting area for a film and the nature of the companies involved allow for a real twisty-turns thriller as they each try and guess, then second guess the other’s moves. It’s a little disappointing therefore, that it never really gets hold of you in terms of drama as much as you would have hoped. 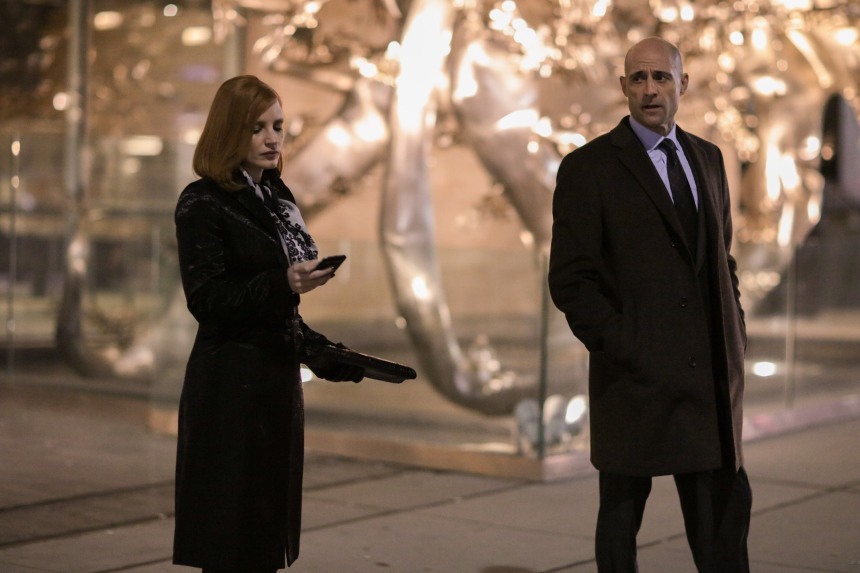 There’s a solid supporting cast with Strong standing out, but John Lithgow also in a key performance in the film, but in terms of performance, this is very much Chastain’s show with her almost carrying the film on her back throughout.

Its all round solid, with the performance of Chastain standing out as the reason to watch it, and it clearly having things to say about the state of US politics, the ‘lobbying’ business,  and the gun business (in some ways the narrative of the latter feeling reminiscent to the 2003 Runaway Jury).