2016’s Nine Lives, sees Kevin Spacey starring in a family comedy directed by Barry Sonnenfeld (wh0se most notable work as a director was the Men In Black trilogy).

Spacey stars as Tom Brand – workaholic CEO of Sports company FireBrand. Brand tightly controls the activity of the company due to his 51% stake, and is in the process of building a new tower that is expected to be the tallest building in the northern hempisphere.

Meanwhile however, Brand is neglecting his younger wife Lara (played by Jennifer Garner), their soon to be 11 years old daughter Rebecca, and his adult son from his first marriage David (Robbie Amell). 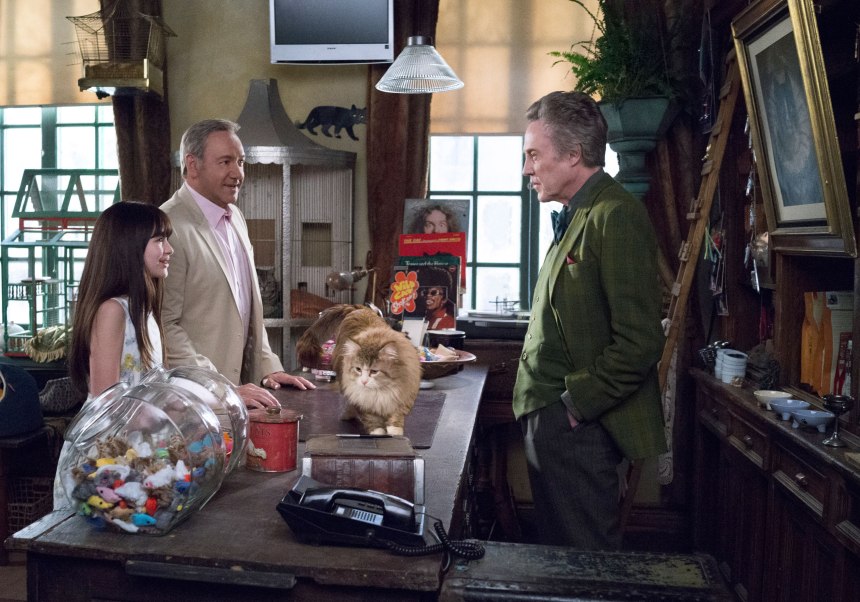 Things take a turn for the strange though when, having purchased a cat for Rebecca from the mysterious Mr Purrkins (Christopher Walken – yes really),  an accident happens and Brand wakes to find himself having become the cat that he had bought.

Brand is brought to the conclusion that the only way that he will escape the rest of his life in cat form, is by finding a way to re-connect with his wife and daughter, and re-balance his life. All of this, whilst trying to stave off rogue members of his business planning a takeover, and taking any opportunity to annoy his ex wife – Cheryl Hines.

The plot sounds crazy, but its effectively the same sort of mechanism as Big, or 13 Going on 30, or Freaky Friday……just including a cat. 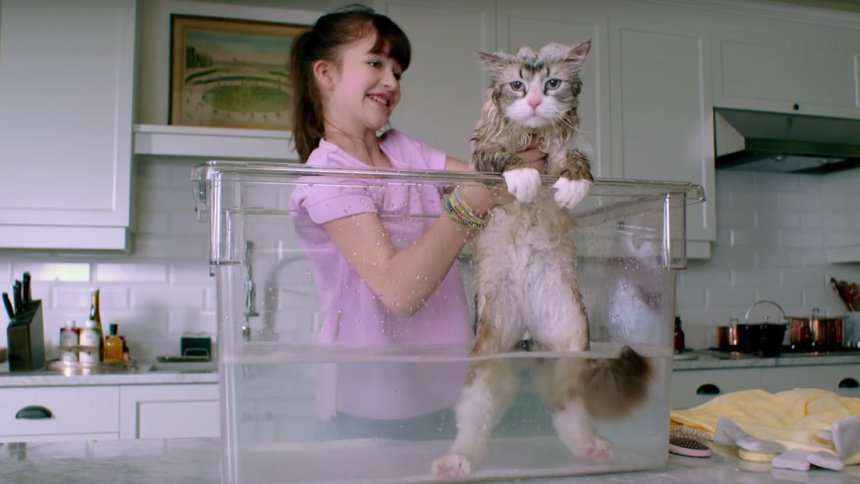 The film itself requires a huge suspension of reality, has hammed up performances, and drastically cliched moments, but largely in keeping with the sort of film that it is.  You can see everything coming from a mile away, but it does create a number of funny moments, largely as Brand tries to communicate his situation to others, but is limited by his ‘cat form’.

Part of me wants to lambast this film, but the other part can’t help but recognise that the children that I watched it with, laughed all of the way through it. That doesn’t excuse some of the silliness of it, but it does redeem some of it.

The kids will enjoy it, and you might a little – but not much.