The new film by director Paul McGuigan (Victor Frankenstein, Lucky Number Slevin, Gangster Number 1) is an adaption of the book (of the same name) by Peter Turner.

The film tells the story of the love affair of former Hollywood star Gloria Graham, and a younger liverpudlian actor (Turner himself).

The film begins in 1981 with the actress falling ill, and visiting the family home of Turner with her intention to recouperate. The story then progresses, with cutaways to the dawn of their love affair, beginning in 1979.

Both Benning and Bell absolutely shine in their respective roles and have a strong chemistry throughout.

The story of Gloria Graham’s career is also one of interest, and I have to admit that even though I’ve seen it at least 20 times, I didn’t know she was in It’s A Wonderful Life (she plays Violet). 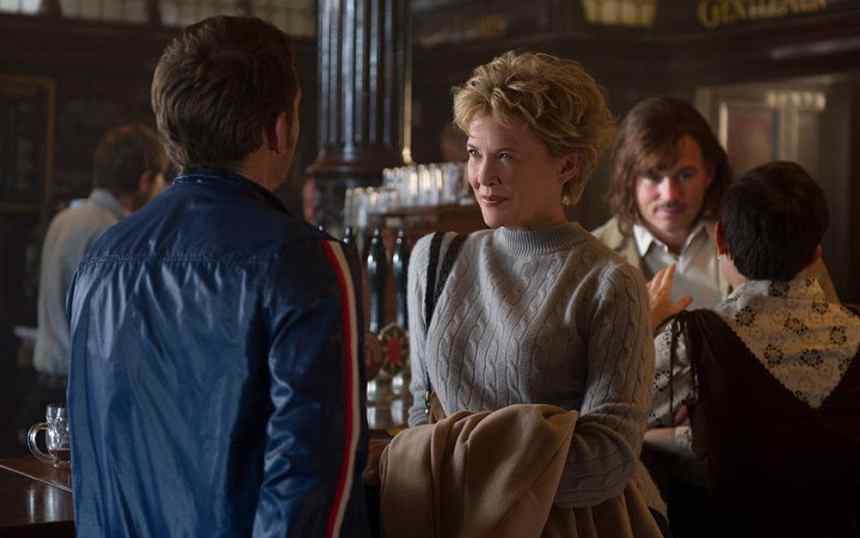 In La La Land there is a moment where Emma Stone is auditioning for a role, and as part of her performance begins to well up with tears. Much as Sandra Bullock did in a scene in The Blind Side. Both are moments on screen where they were able to convey a huge amount of emotion virtually motionless. This film sees both actors doing that very same thing. They both deliver powerful and moving performances with a huge connection to each other throughout.

It’s a moving love story, with two very powerful lead roles that really do create something special in the adaptation of this tale. It’s about love, but as much about success, youth and family.  Please note – it does come with a ‘mascara warning’…

I expect that this will do well in the BAFTA’s next year.