Review – The Shape of Water

Guillermo Del Toro’s latest film, released in 2017 is The Shape of Water, a fantasy, science fiction romantic drama, the likes of which only he can make.

Set in the 1960’s in an American town near the coast, Elisa Esposito (Sally Hawkins) is a mute cleaner working in a restricted US research base.  Her life is a highly repeated pattern, from waking to breakfast to work, to home to sleep and repeat. Her two friends are her workmate – Zelda (Octavia Spencer) a married fellow cleaner, and her neighbour Giles, an artist for an advertising agency struggling to regain his life following previous problems with alcohol.

All remains normal until one day the sinister Richard Strickland (Michael Shannon) arrives at the centre with a secret ‘asset’ that has been acquired. The ‘asset’ (Doug Jones) is revealed to be a human size and shape aquatic creature which is undergoing tests and investigation.

As the film progresses we find Elisa beginning to develop a friendship with the creature, all against the backdrop of both Strickland’s mistreatment of it, and an emerging Russian cold war plot to destroy America’s chances of using it to advance their technology.

To the review then. I cannot be more positive about this film. I loved it. I thought it was a beautiful, moving tale of humanity and love through a fantasy story.

It is visually stunning, in the traditions of De Toro’s previous work, with the set design, colours, setting, cinematography all standing out.  Set throughout the film is a beautiful score by Alexandre Desplat, that brings both a old fashioned musical love story to the film, but also moments of darkness and tension.

Sally Hawkins is remarkable as Elisa, with her entire (Oscar nominated) performance based on a physical performance as she operates as the voiceless yet strong and determined individual, challenging perceptions of others. So, too, are the performances of both Spencer and Jenkins, who too were both Oscar nominated. 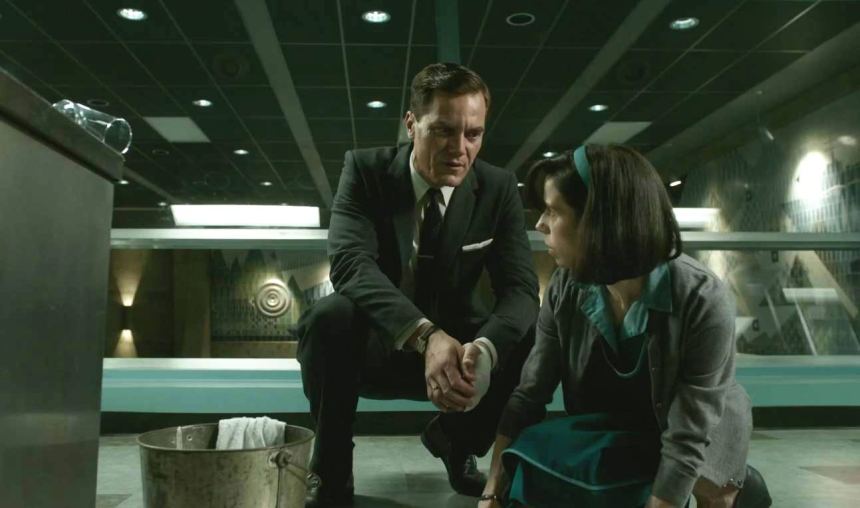 The power of the film also comes from the jeopardy from Shannon’s Strickland, with one of the best performance of his career to date with a near seething rage, but also as means that Del Toro brings to the fore so many of the film’s themes of prejudice,  and inhumanity.

Through these themes, the film becomes something far more than a more advanced remake of the 1980’s Splash. What this film is, is a moving tale of love and how it can find its way through any barrier or difference. This story about a creature that is not human, has at its core, a powerful tale of humanity.

It is a magical film. Simply magical.