Posted on December 7, 2019 by Film Geeky Leave a comment

Set in 1962, the light-drama stars Viggo Mortensen as Italian-American Tony “Lip” Vallelonga, a seasoned New York club doorman with a gift for ‘making people do things that they don’t want to do’.

After Tony finds himself out of work temporarily whilst the nightclub that he works in undergoes refurbishment, he’s approached about an 8 week job opportunity as a driver. The person that he’ll be driving is African-American Dr Don Shirley (played by Mahershala Ali) a doctor of both music and psychology, and also a hugely accomplished pianist.

We meet Shirley in his apartment above Carnegie Hall, living as a form of recluse, with symbols of African heritage adorning the room, and taking seat on a raised throne, suggesting his view of others in his life. 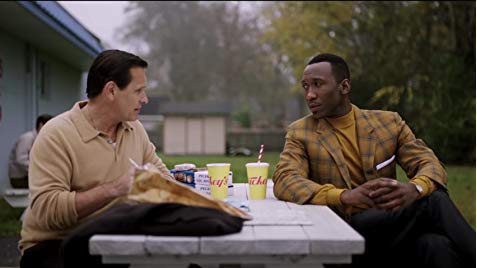 Dr Shirley is planning a musical performance tour of the deep south states of America where he suspects he will be met with potential trouble given the racial tensions of the time.

The two set off  which see them both progressing on their journey, but also on somewhat of a path of reflection and self-discovery in terms of both their own prejudices and assumptions and also one of new friendship.

The film is actually based on the true story of this journey and written by Farrelly with Brian Hayes Currie and Nick Vallelonga (Tony’s real life son). The title of the film is actually taken from the real life ‘negro motorist green book’ by Victor Hugo Green which provides names and addresses of places where blacks were able to stay safely.

The film isn’t very subtle in some of its points and one could describe it is lacking some nuance as it plays through the various conversations that the two have presented in a form of episodic structure as they travel from state to state. 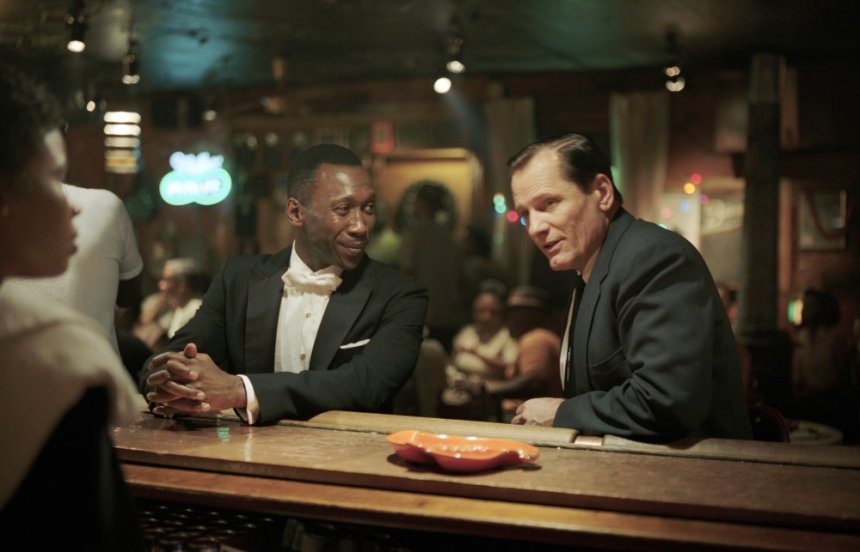 As the story plays through we get a real sense of the alienation from all ethnicities felt by Shirley, and the street wise wisdom and somewhat childlike simplicity of Tony’s view of the world offering a means of understanding the withdrawn musician.

Both actors create warm and engaging characters that are hard not to like in themselves but also in the blossoming friendship between the two as they better understand themselves, and each other. This is equally true of Tony’s wife Dolores (Linda Cardellini) whose character brings out a warmth to Tony’s persona when we first meet him.

The musical performances set different tones through the film, and credit should be given to the ability of Ali in bringing the piano playing to the screen is a very believable way, immersing the audience in the remarkable talent of the real like Shirley.

Ali would go on to win the Academy Award for Best Supporting Actor for his role, and the film would win Best Original Screenplay, and Best Picture. It’s hard to argue with any of those.

It is a thoroughly enjoyable and affirming tale of friendship and humanity, and features two outstanding main performances.