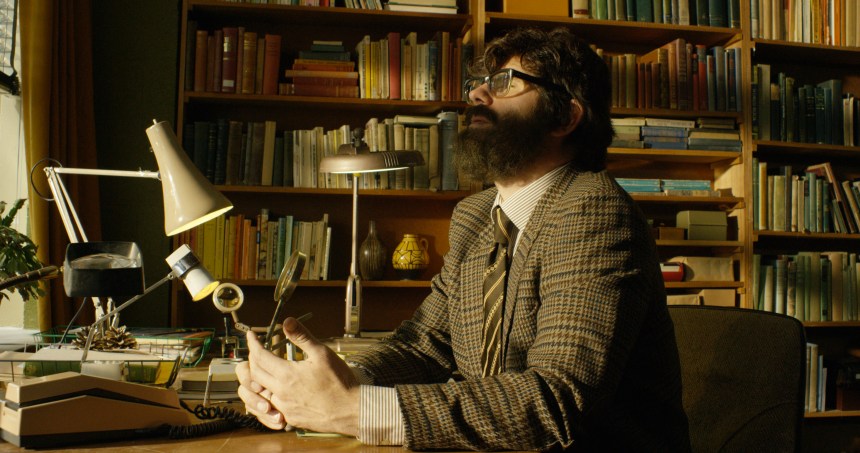 Notes on Blindness is a 2016 British biographical documentary following the story of John Hull. Hull, became blind in the early 1980’s and as part of a coping mechanism, began to record audio cassettes of his experiences and thoughts.

The film is directed by Pete Middleton and James Swinney and takes an innovative approach to the documentary by using the actual recordings of Hull, but having actors lip synch to the recordings, creating a sense of watching the actual history play out through the combination of the recreated visuals but true recordings.

It is a remarkable achievement in both the documentary itself, which is hugely moving and thought provoking as we hear Hull struggling with moments of losing memories of the faces of his loved ones, and reflecting on personal moments with his family.

In terms of the visuals, the cast members are Dan Renton Skinner and Simone Kirby as Hull and his wife Marilyn, with clever performances in terms of the actual lip synching but also portraying the visual moments of emotion to associate with the audio.

It’s a really clever approach to a really moving and insightful story into blindness and its impacts on the person beyond the loss of sight alone.