Posted on February 20, 2018 by Film Geeky Leave a comment 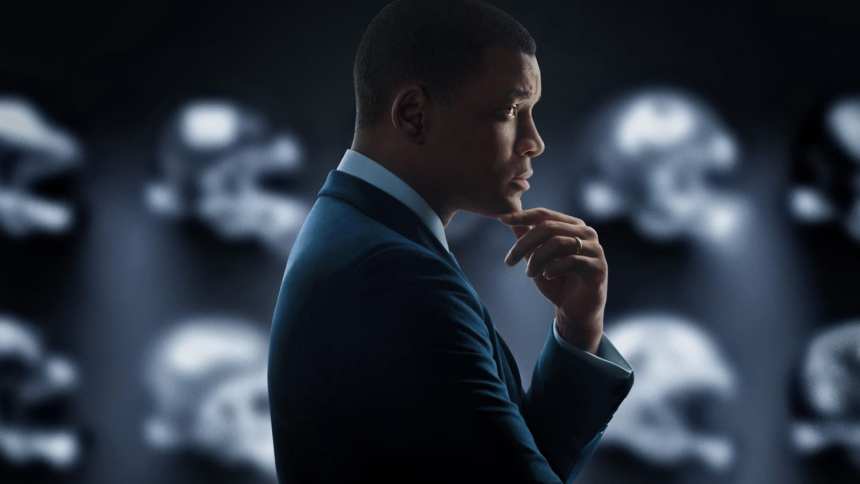 Will Smith stars in the 2015 sports drama Concussion, based on the true to life events that saw Dr. Bennet Omalu complete ground breaking analysis that would lead to better understanding of the impacts of tackling within the NFL.

Smith stars as Omalu, an African immigrant into America, who we meet in Pennsylvania, working as a coroner. Following the death of former Pittsburgh Steelers star Mike Webster, now broke and homeless with a number of mental health issues, Omalu sets about trying to understand the cause of his death.

The investigation, that Omalu is left to fund himself, leads to his identification of ‘chronic traumatic encephalopathy’ – damage to the brain that is caused from repetitive collisions in american football.  The work is supported by the county coroner Cyril Wecht (Albert Brooks).

The story plays out over a number of years with the dual stories of Omalu’s developing relationship with Prema Mutiso (Gugu Mbatha-Raw), alongside his attempts to bring his work to the attention of the NFL leadership and the increasing pressures that he faces to back away from his work. 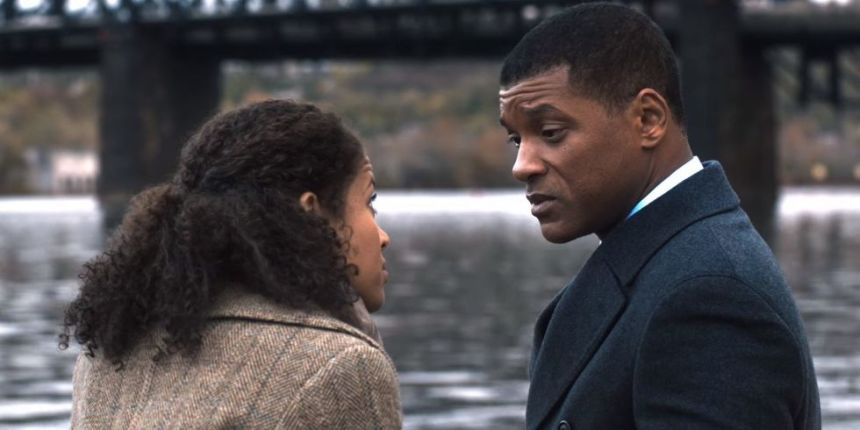 Alec Baldwin also stars in the film as Dr Julian Bailes, a former team doctor who served with the Steelers, who works with Omalu to raise the awareness of his findings.

The film works hard to bring the medical findings to life for the audience and uses footage of actual NFL games (and tackles) to emphasise the scale of the impact. The NFL serve as the antagonists to the story, unreceptive to his work, with huge vested interests in the status quo.

Writing and directing the film is Peter Landesman (Parkland, Mark Felt : The Man who brought down the White House)

The film is reminiscent of The Insider with the film attempting to bring real public understanding to the work of Omalu and the efforts that the NFL have gone to underplay it. A scene later on in the film where Omalu sees young boys playing football, emphasises the extent to which his work serves as a portent to future problems.

Its an interesting watch, and one of Smith’s better dramatic performances.